Before Feminism – and After! 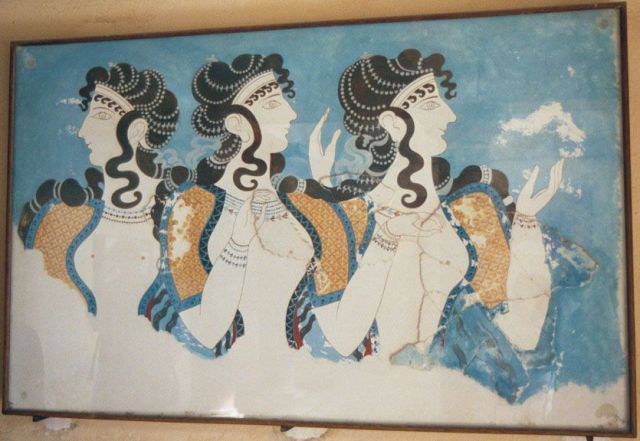 Before Feminism – and After!

Lately, I’ve been reading When Men Were the Only Models We Had, by Carolyn Heilbrun.  It’s a memoir on coming of age as an intellectual woman before feminism.  As a graduate student in Columbia University’s English Department, her great teachers, Lionel Trilling and Jacques Barzun, taught her to roam free in the Life of the Mind, the only constraint to be good thinking and good writing.  Clifton Fadiman, a critic well known at the time, was not an academic but taught her by example to write clearly, honestly and without pretentious jargon.

I know what she is talking about.  In my childhood, listening to the conversations between my father, Henry M. Rosenthal (considered by his classmates at Columbia their one “genius”) and art historian Leo Bronstein, his best friend, was like having died and gone to heaven.  I could not think that growing up could show me anything better and, in a way, it never did.

The only barrier that stood between Heilbrun and the Life of the Mind was that it was represented to her as an exclusively male consortium.  Crudely lettered,   like a tree house club with a sign nailed at the base:

Although that restriction had been no part of my childhood, nor indeed through high school, my women’s college or the Fulbright year in Paris, it descended like an iron curtain over my years as a graduate student of philosophy.  At Columbia, where I received my masters with doctoral candidacy, the problem was not the unfunny jokes about women.  It was the careerist and second-hand feel of the place, which threatened to kill motivation at the root.   At the much less prestigious Penn State, to which I transferred, the atmosphere was original and intellectually alive, but salted with exclusivist maleness.  You got the Life of the Mind all right, but in a tree house Not for Girls.

Was I unusually sensitive?  Of the women who were grad students with me, one converted to Catholicism and entered a convent.  Another, of Russian origin, also became a nun, entering an order that practiced flagellation.  A third, married with children, was forced out by a schedule of courses that precluded her other duties.  What happened to me – no ordinary troubles I assure you — is told in Confessions of a Young Philosopher (forthcoming).

“That’s a hundred percent,” remarked a high school friend with whom I recently revisited my grad student days.

Yeah.  So I fully understand the dilemma Carolyn Heilbrun portrays in her memoir.  Of the three men who modeled for her the Life of the Mind, the most influential was Lionel Trilling.  She quotes him on how women were seen by people like himself.  Here’s how they looked in the 1920s:

Personally, I don’t see a problem.  Seems to me they got it right the first time.

However, as Heilbrun quotes Trilling’s later view, Sigmund Freud entered the club house and changed all that.

What a comedown!  The Freudian view was that to be a woman was to be a defective man.  The view was not confined to graduate school classrooms.  In her forthcoming memoir, The Politically Incorrect Feminist, the heroic Phyllis Chesler describes her battles to stop colleagues in psychiatry and psychology from enforcing this view by abetting and authorizing the confinement of nonconforming women to asylums.  There they might be coerced into sexual submission or service as housemaids to doctors who had the power to release them or else inflict electro-shock therapy or even lobotomies.

Behind the theoretical disparagement of women stood measures of punishment and control that are morally terrifying to contemplate.  Women did not discuss them but we were aware of them.

Such are the wounds that feminism came to bind up and heal.  So what, if anything, went wrong?  Well, very much went right.  It was a swift and immense social revolution that raced round the planet like a prairie fire and shed no blood.

Say what you will about the costs (and they were many and steep) women today are freer and happier than they were back then.  You can see the change in the documentaries about feminism.  The early combats were grim and the combatants solemn and desperate.

So what’s my problem?  After all, the feminist movement liberated women from their entire dependence on men for economic, social, professional and all-round human standing.  (I’m not suggesting that no problems remain on these scores, but the changes have been substantial.)  They changed the words if not the tune.

A woman without a man

Those were the new words to the old tune.  We don’t need men, feminists said.  Not for sex, not for intellectual or moral legitimation, not for support – material or emotional.

I remember meeting a friend for dinner who was a well-known and effective fighter for women’s health.  Her third marriage had ended even more disastrously than the first two.  I learned from her about the new feminist fashions: skirts studded all over with safety pins!

“Are you still looking for the right man?” I asked her.

She shook her head as if the answer was obvious. “Are you?”

I think of the women who were models for me in childhood: Renee, Betja and my mother.  Renee was a graceful Frenchwoman, an intuitively hospitable presence presiding over her Princeton home and garden at 1 Valley Road, with a slow, subliminal coquetry that never appeared other than natural and low key — but absolutely authoritative as a woman.  Betja was an eye surgeon, named Woman of the Year in New Jersey, who adored her collegial husband and her children, spoke English in the liquid accents of her native Russia (where as a schoolgirl she had to pray for the hemophilia of the future Tsar).  Betja was no less a woman in all the ancient senses than she was a surgeon.

And my mother?  A writer friend, who is now reading the forthcoming collection of Lionel Trilling’s letters, writes of being “especially mesmerized by Trilling’s devotion to, and even dependence on, Henry and Rachel Rosenthal’s intimate friendship.  Lionel’s letters are mainly to Henry but also to Rachel.”

She could read Dostoevsky in the Russian, Proust in the French and Thomas Mann in the German.  When we watched the Pope on television saying the mass over a sea of faces in Warsaw, I asked,

“What do you think, mother?”

“It’s the end of communism,” she said.

She was years ahead of the professional Sovietologists.  They hadn’t a clue.  Mother understood people.  When she was dying, she said to me,

“Don’t think you have the answers because you are intelligent.

It’s not enough to be intelligent.”

There is more to the liberation of women than we have seen so far.