The Big City and Me 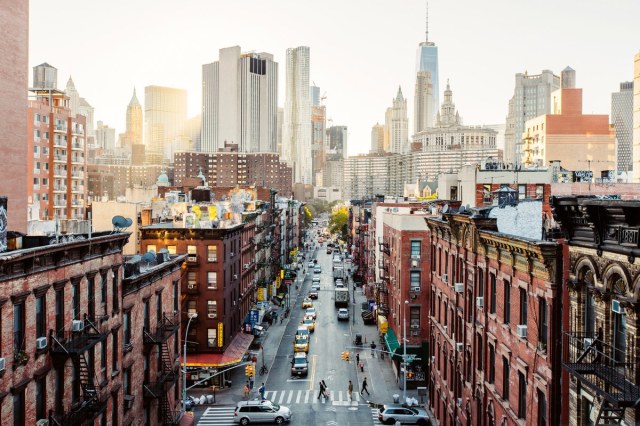 The Big City and Me

I went to New York for an overnight last Thursday.  This trip had been postponed for at least a year, during which I was dealing with one huge difficulty after another.

Through the times and troubles since my last birthday, I hadn’t found an interval cleared for a visit to The City, the town where I grew up and navigated some of the shaping adventures of my earlier life.

It is the town where my mother captured the Nazi spy ring being run out of the basement of the walkup apartment on 86th and Park where our family lived during the War years.  My mother wondered why our superintendent did not allow suitcases to be stored in the basement.  As she discovered, the basement was where he kept a shortwave radio from which he sent signals to the German U-boats floating off New York harbor.  After my mother alerted the FBI, it raided the basement and closed down the operation, packing him off to Foreign Spy Volley Ball Camp for the duration of the War.  When mother saw our super again on 87th Street after the War, he gave her, she said, “a very sour look.”

What the hell, it was home.  My schedule of reunions for the overnight was impossibly full, for a person of even rudimentary sensibility.

First, Frank and Ada Graham at the Viennese cafe attached to the Neue Gallerie, the German/Austrian 20th-century art museum on 86th off Fifth.  When I first knew Ada, she was the most beautiful girl in New York.  So far as I’m concerned, she still is.  Why not?  Frank and Ada have published landmark work on saving wild nature.  Together, they have an instinctive — almost Chinese — understanding of how to fit inside space or place.  Wherever it’s good to be located is where they are.   Most of the year, they live in Maine, which is why my family had a house there.

We have known each other since my teens, when Ada was my father’s student.  Now I shared with them vignettes from the combats of the past year.  Frank commended me for what he called my unselfishness.  I disagreed.  If you write, I said, your words must be backed by what you do.  Otherwise, they are hollow and you have nothing to say.  The combats I fought were so that I would be able to continue to write, which was my work — work being a central feature of self.  Frank, a writer too, nodded agreement.

In the afternoon, I visited an esteemed friend, the feminist activist, Phyllis Chesler.  Though continuously active, she has every variety of physical affliction, most of them painful.  No mitzvah (righteous action) goes unpunished.  The Established Sisterhood read her out of Their Club after she wrote The New Anti-Semitism.  Not done, my dears.  She’s also the only American feminist I know who openly defends Muslim women who are either trying to prevent Female Genital Mutilation or under threat, themselves, of being Honor Killed.  Now that’s really not done.  She has a tender heart and God-given courage.  As you might expect, her recent memoir is titled A Politically Incorrect Feminist.

Next, at Alice’s Teacup, 64th and Lexington, I met Barbara Fisher who is writing a biography of Lionel Trilling.  He is generally considered the most influential critic and public intellectual of the twentieth century in America.  In recent years, I’ve been contacted by writers dealing with Trilling and his wife Diana, because Lionel and my father were best friends as young men.

My father, who initiated the breakup of their friendship, got over it and got himself another best friend.  My father never achieved Trilling’s truly remarkable success as an opinion-shaper in culture.  He did, however, achieve becoming and remaining himself which, the biographer suspects, Lionel Trilling never did.

What broke them up?  Meyer Schapiro, the art historian and classmate in the stellar Columbia University class of 1925, once said to me that he believed it was the women (the wives) who did not get along.  That seems to me a bit simple, for men as bonded as these two were.  They wrote matching short stories about each other.  They formed each other’s opinions.   Over tea, Barbara and I tried to fathom this interesting mystery concerning authenticity, success and male friendship.

Friday morning, I met Laurin Raiken for breakfast at the hotel where I was staying, affiliated with Barnard College.  Laurin is a surprising mix of naivete and tough street smarts.  Years ago he was the victim of a con artist who embezzled his life savings.  Believe it or not, the embezzler had a day job connected to a prestigious philosophical journal!  When Laurin realized what was afoot, he creatively plotted a sting operation that got the embezzler sent up the river to the Federal penitentiary or, as Laurin called it, Club Fed.

The fellow has since gone to his reward, the place where you don’t get to keep your ill-gotten gains.  When his apartment was raided by the Feds, Laurin now told me, his papers included a detailed blueprint for evil designs on future victims – the blueprint explicitly dependent on A Good Look at Evil, my book in its first edition!

Since the embezzler has departed this world, unfortunately, I can’t ask him to endorse the 2018 expanded edition.  But think what an endorsement from a guy like that would mean — someone who knows evil from inside!  I would’ve wanted it illustrated with the mug shot.

Laurin also told me that 51st Street, where my hotel was located, was the power center of … what?  Manhattan?  The USA?  The known world?  Anyway, some consequential terrain or other.  I had trouble taking it in.

Laurin is mystically sensitive, a friend – even a hub – of poets, writers, painters, a founder of NYU’s Gallatin Division.  He was a student, and now a trustee of the legacy of, Leo Bronstein, my father’s lifelong best friend, who replaced Lionel Trilling and was a kind of godfather to me.  Laurin and I go back a long ways.

What happened to me in New York?  I don’t generally live like that.

I had a feeling of – I know this sounds funny –

of my home town.

2 Responses to The Big City and Me