If Our Time Could Speak 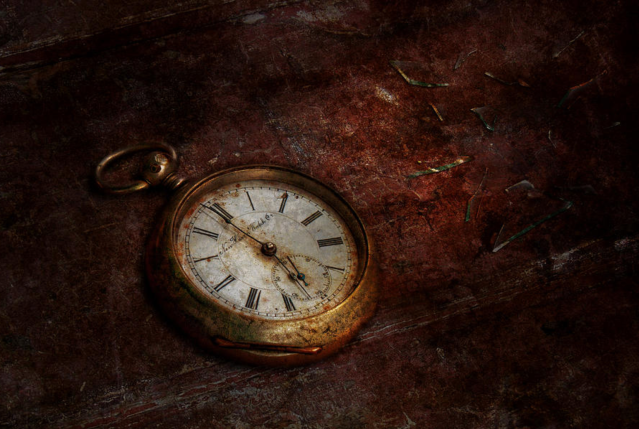 If Our Time Could Speak

In recent columns, I’ve mentioned that for me The Plague has opened the time to read through the journals, correspondence and manuscripts, published and unpublished, of my late father, Henry M. Rosenthal, who was considered, by classmates in Columbia University’s celebrated class of 1925, their “genius.”

It’s been a roller coaster ride.  I discovered a 300-page typescript, of which I knew nothing, titled “Time Speaking.” The manuscript is dated 1945 and is addressed to The Future.  Since I’m reading it 75 years later, I guess I’m discovering it at the very future time he’s addressing.

I won’t try to characterize this work, since I’m only a third of the way through, but it struck me as an interesting thing to try to do: portray one’s own era sufficiently well so that it can be understood by the people of the future.

Since I don’t have the synoptic penetration my father brought to that task, I’ll have to make do with my own equipment, which has never been stretched in that way.

But how to begin?  How can you know what it’s like to live now — or at any previous time?  Here’s one technique I’ve used.  When visiting the classical rooms of a museum, I would select an ancient portrait statue and imitate its stance.  If I stood the way a particular sculpted Roman emperor was standing, it would feel quite different from the feeling I get when I stand normally.  I would feel very proud, very noble, magnificently prominent and self-assured.

I suspect that no one today stands that way.  I sure don’t.  Even if you couldn’t hold the pose for long, you got a glimpse of what it felt like to be a Roman emperor.

But where, in May of 2020, could I find an equivalent single figure, holding a pose I could imitate, who could give me a sense of how it is to live in our time?

Of course not everyone in ancient Rome was an emperor.  But no one would have turned down the job.

Is there anyone today whom we all wish we were?  I guess today …

we all wish we were …

who we really are.

Not an imitation of ourselves.  Not a second-hand version.  The real thing.  We want to be authentic.

And we are aware, even if but dimly, that “authentic” today will look different from “authentic” 75 years from now.

So what are the parameters, the boundary conditions, the limits within which we people of today work out the drama of becoming ourselves?   In the future, the parameters we had will be clearer than they can possibly be for us now.  But couldn’t we at least take a stab at it?

I’ve sometimes said that people have grown lighter on the ground than they seemed to be two or three generations back.  The movies make this change visible.  Women in stockings, platform shoes, pointy bras under their silk blouses and fox furs over their shoulders.  Men in suits whose ties folded up to the neck, with vests and pocket watches under their jackets.  Cars with running boards.  Everyone in his or her space, costume and role.  These things were not questioned.  The drama of life was played out within them.  Ethnic and religious identity, sexual mores, age, notions of normality – none of these were up for grabs.

And, as one can see from 19th-century daguerrotypes, people back then were heavier still.  Goodness!  Hoop skirts, mustaches, different hats for different occasions!  Life was serious. The habit made the monk.  Opinions made the man.  Nobody held his lightly.

So we who seem to enjoy a certain lightness — with respect to inherited differences and socially-bestowed credentials — how authentic is our professed lightness?  Do we mean it?  Or don’t we?

In certain respects, we do actually and sincerely mean it.  Take The Plague for example.  As we read this, specialists all over the world are working cooperatively, taking full advantage of computer technology and artificial intelligence, to analyze and share what we are learning about the Covid-19 virus, to test and develop anti-viral treatments and preventives.  In the face of a peril common to us all as human beings, ethnic and historic boundaries have not much impeded this grand, pan-human search for a solution.  It’s unprecedented.  For a fact, we are far less entrapped by the past than we ever used to be.

On the other hand, when we try, by revaluing our values and destabilizing our concepts, to imagine that every aspect of reality is “socially constructed,” we don’t mean it.  If we meant it, we’d crowd into stadiums, restaurants, classrooms and social gatherings as we did before.

If you don’t mean it,

In part, the relative lightness of today is liberating.  On the other hand, it comes with its own kind of crisis.

Archimedes, the great Greek scientist of the third century BCE, is supposed to have said, in connection with his principle of the lever,

“Give me a place to stand and I will move the world.”

The lightfoot lads and lasses of today lack such a place to stand.   Too much has been blown away.  All the group solidarity in the world will not replace

to stand one’s own ground.