“All About My Mother” 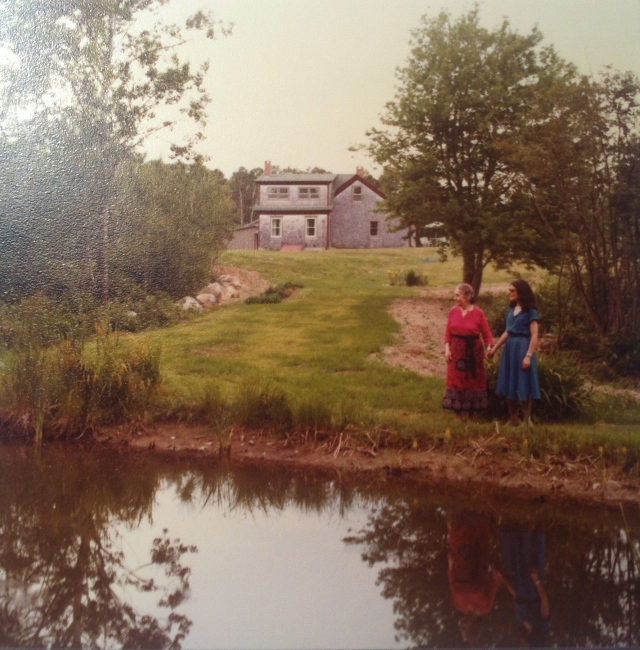 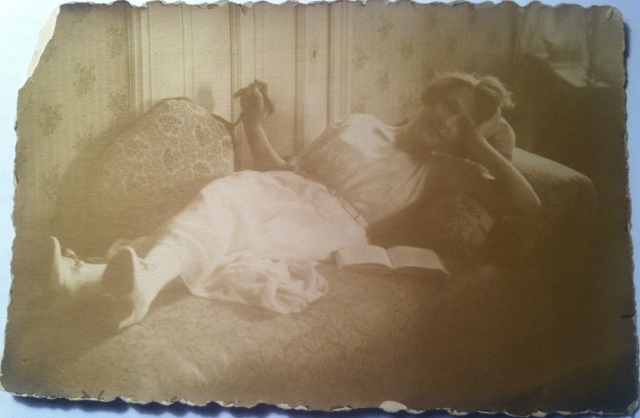 “All About My Mother”

Unlike me, my mother would give advice, solicited and unsolicited.  For example: “Never tell other people your sexual history or how much money you have.  That’s Life Capital.”

In the little town in Maine where my parents had a summer home, a patch of which is pictured above, she was known as ”almost a saint.”  Why the “almost”?  Mother Teresa, probably a fully qualified saint, could minister to you no matter what your condition and see the Godhead in you.  My mother, who was not a saint, would see you in you.  Takes all kinds, including real saints, to make a world, but I’ll take my mother’s kind.

At one juncture in my seven-year struggle to get my job back, my adversaries had rounded up a committee whose report on my work was characterized by a sympathetic senior colleague as “a professional assassination.”  The writ of assassination was handed to me just before I was scheduled to teach an evening class.  How I got through the hour is a mystery but I came home that night absolutely terrified, thinking, “Holy smoke!  The bad guys win!”

In the morning, my mother called.

I told her the latest, adding very sincerely, “Mother, I want to die.”

“Let’s have lunch first,” she said.

Over lunch at a cozy restaurant in the neighborhood, I gave her the blow by blow.  She listened thoughtfully and this was her comment:

“You have to fight it.  And if you fight it, people you don’t know now will step forward to help you.”

During the Second World War, a French friend from the time of her student days in Lausanne had married a Jewish scientist and mother understood that it was imperative to get them out of France.  The State Department had paper barriers of a Kafkaesque complexity.  Mother had small children, a husband who needed her and she was hemorrhaging from unknown causes.  She told no one her trouble till she had seen the last paper signed on behalf of her friend.  Then she went straight to the hospital where they gasped at her condition, which fortunately they were able to treat.

Many years later, in the hospice where she was cared for at the end, she looked keenly at one young woman helper and said to her, “I’m dying, and you’re scared to death, aren’t you?”

“It was true,” the helper told me ruefully.  “I was scared to death.”

I was leaving the hospice one night and the taxi was late.  It meant I would miss the better train, get home even later and have to get to class in the morning without enough sleep.  When the taxi finally came, I was sobbing and apologizing as I got in, explaining the circumstances.

“You don’t have to explain,” said the driver.  “Your mother is your most precious possession.”

Abigail Rosenthal is Professor Emerita of Philosophy, Brooklyn College of CUNY. She is the author of A Good Look at Evil, a Pulitzer Prize nominee, now available in an expanded, revised second edition and as an audiobook. Its thesis is that good people try to live out their stories while evil people aim to mess up good people’s stories. Her next book, Confessions of a Young Philosopher, forthcoming and illustrated, provides multiple illustrations from her own life. She writes a weekly column for her blog, “Dear Abbie: The Non-Advice Column” (www.dearabbie-nonadvice.com) where she explains why women's lives are highly interesting. She’s the editor of the posthumously published Consolations of Philosophy: Hobbes’s Secret; Spinoza’s Way by her father, Henry M. Rosenthal. Some of her articles can be accessed at https://brooklyn-cuny.academia.edu/AbigailMartin . She is married to Jerry L. Martin, also a philosopher. They live in Bucks County, Pennsylvania.
View all posts by Abigail →
This entry was posted in Academe, Culture, Femininity, Philosophy, Political, relationships, The Examined Life and tagged Abigail L. Rosenthal, Abigail Martin, academic politics, France, Holocaust, hospice, Jewish, Jewish history, Kafka, Lausanne, Maine, Maternal insult, Mother, Mother Teresa, mother-daughter relationships, sexual history, state department, World War II. Bookmark the permalink.

3 Responses to “All About My Mother”