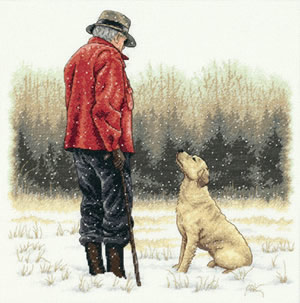 For a good many years I had a close woman friend.  She was also a colleague, thus for me among the most cherished of life’s treasures.  We were very different types, almost polar opposites in our ways of responding to everyday life and doing philosophy.

People are mixes of many influences, but if you had to characterize our differences in broad strokes, you would say that I had the rationalism of the  Mediterranean, classical world and she had the Viking’s instinctual vigor.  This very oppositeness was what we both joked about and so enjoyed.  When we got together, it was like coasting up and down the planet.

There was one chink in the armor of our friendship.  Her philosophical progenitors were thinkers who styled themselves “beyond good and evil.”  I did not care.  She could think what she liked.  Only I hoped we would never come to one of those forks in the road distinguished by a choice between good and evil, where the choice occurs inside the boundaries of the friendship.  I didn’t picture any particular type of situation.  I just knew that, sometimes, something comes up and you can’t dodge it.

Ultimately we did come to that very fork.  As I feared, she made a choice that involved an almost absurd degree of disloyalty and she had not trained herself to recognize how consequential her decision would be.

It was odd.  Where there’s no obvious price to pay for it — financial or social or physical — loyalty itself doesn’t seem all that taxing.  Even a dog is loyal but, so far as we know, the dog doesn’t entertain the choice.  Whereas we human beings do choose, to be loyal or not to be.

I remember standing by a small Attic statue in one of the classical rooms of the Metropolitan Museum and realizing that we were ending.  At that moment, a picture came into my mind.  It was my friend.  She was seated in the prow of one of those dragon ships and raising an oar in a signal of mutual farewell.

I have mentioned Léo Bronstein in a previous column, the one on “Success.”  He used to say, “Purity is loyalty to origins.”  The saying needs to be parsed.  Most of us have many origins, in the sense of many influences.  My friend had been, in one sense, loyal to some of the constituents of her formation.  And it was not quite enough.  One has to pick one’s way carefully through the thicket of one’s influences.  One has to choose, to what to be loyal.

The choice seems to be about the past, and about someone or ones other than oneself.  It is really about who one is, oneself, and about one’s own future.

Abigail Rosenthal is Professor Emerita of Philosophy, Brooklyn College of CUNY. She is the author of A Good Look at Evil, a Pulitzer Prize nominee, now available in an expanded, revised second edition. Its thesis is that good people try to live out their stories while evil people aim to mess up good people’s stories. Her next book, Confessions of a Young Philosopher, forthcoming, provides multiple illustrations from her own life. She writes a weekly column for her blog, “Dear Abbie: The Non-Advice Column” (www.dearabbie-nonadvice.com) where she explains why women's lives are highly interesting. She’s the editor of the posthumously published Consolations of Philosophy: Hobbes’s Secret; Spinoza’s Way by her father, Henry M. Rosenthal. Her next book project will be Conversations with My Father, the "Genius" Among the Giants. Some of her articles can be accessed at https://brooklyn-cuny.academia.edu/AbigailMartin . She is married to Jerry L. Martin, also a philosopher. They live in Bucks County, Pennsylvania.
View all posts by Abigail →
This entry was posted in Culture, Friendship, Hegel, history of ideas, Literature, Philosophy, Political, relationships, The Examined Life, The Problematic of Woman and tagged Abigail L. Rosenthal, beyond good and evil, choices, classical world, dragon ships, fork in the road, friendship, good and evil, Leo Bronstein, Loyalty, multiculturalism, Nietzsche, Nordic, origins, philosophy, purity, Success, Viking, women relationships. Bookmark the permalink.