The Ex-Terrorist Comes to Town 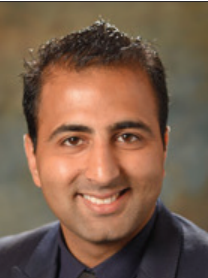 The Ex-Terrorist Comes to Town

Yesterday our temple sponsored a lecture by Kasim Hafeez, a Brit of Pakistani origin who had seriously resolved to give his life for jihad and then changed his mind. Everybody on the planet has an interest in finding out whether that can happen, and if so, how. His talk was titled, “Hate to Hope: The Day I Stopped Hating Israel.”

With such a peace-loving title, I had rather hoped that our Friends from the Peace Center, who had carried placards in the town square vilifying Israel once a week for two years — rain and shine, winter and summer — would feel drawn (possibly even morally obligated) to attend, since surely they are against violence and hatred and in favor of love and peace.

I had also hoped the local clergy, who conscientiously attend Yom ha Shoah, our yearly commemoration of the Holocaust, might show up for this talk. I was hoping especially for the Presbyterians, whose parent organization endorsed BDS, the movement to boycott, divest and sanction Israel as the sole bad guy among the nations. I thought they might be curious to hear a different point of view.

Could it be that, for these ritual commemorators of Yom ha Shoah, the only good Jew is a dead Jew?

Um, that could be. There was a time when such a thought would have shocked me a whole lot but that time has passed.

Jerry and I picked up Kasim at the Historic Inn where he’d been booked and took him to dinner before his lecture. He’s urbane and has the self-containedness of a Brit, but offset by his warmer colors: of skin tone, emotional liquidity – perhaps spiritual quickness — a quality I’ve seen in other Muslims, some of them my students, whom I’ve liked instinctively.

We had applied for funding for Kasim’s talk from Jewish Federation but our application was denied on the ground that a talk from an ex-terrorist (who’d changed his mind) wouldn’t draw a wider crowd. We’d be “preaching to the choir” we were told, meaning, to other Jews. To my surprise, Federation was mostly right (though I did see a few Christian friends) but, as for Jews, they make up a rather cacophonous “choir.”

Over dinner, we touched on the topic of Jewish anti-Zionism. Kasim had been a student of Politics at his university before he was radicalized, and he voiced incomprehension at the stance of Jews who continue to think that real land should be traded for daydreams of peace. Had the IDF’s retreat from Lebanon or the pullout from Gaza been followed by peace, such a strategy would be understandable. But Hezbollah with its rockets replaced the Israeli forces in Lebanon and Hamas with its thousands of missiles took over in Gaza.

Why did people advocate policies for Israel whose track record consists of failure after failure? Why the Denial? To a student of political theory, it was incomprehensible.

I offered my hypothesis, starting with the two givens that seem to me to shape the situation: (1) Jews are incredibly outnumbered and (2) Jews are preposterously hated. There follow two perfectly natural responses. The first is to think we can fix the situation if we just behave better. This gives a delusive sense of control over what is actually uncontrollable. The second is to be scared witless. You close your eyes and you pretend it’s not there. I don’t recommend either response, but both are very natural.

A propos of being outnumbered, my favorite passage in scripture on that topic is where Elijah’s disciple Elisha points out to his master that they are completely surrounded: by Hittites, Perrizites, Jebusites, Canannites, Amalekites and so forth and it’s game over. Elijah says No no, the game’s not over. Look up! Looking skyward, Elisha exclaims, Hey!

The Chariots of Israel and the Horsemen thereof!

A good thing to have seen in the sky that time, but not a good idea to expect to see it every time in that form.

In his talk at the temple, Kasim was witty, vividly descriptive, with a great sense of drama and timing. He was the child of immigrants who’d never assimilated, uneasily wearing a British identity that the English don’t confirm if your skin color isn’t like theirs. He fell under the spell of agitators who take advantage of that identity crisis to urge young Muslims to see themselves as victims. Inundated with speeches and photos that depict Palestine as the prime locus of victimization, offered images of violent action as the best way to regain lost dignity, Kasim resolved to be a terrorist. But first, to disprove for himself a book he’d chanced to pick up, The Case for Israel by Alan Dershowitz, he decided to visit Israel before going on his killer mission. He’d read emotional rejoinders to Dershowitz by Muslim militants, but they did not satisfactorily refute the arguments laid out by this American Jewish lawyer.

Kasim’s first impressions in Israel, even of the Security officials who detained him for eight hours at Ben Gurion airport, were closer to Alan Dershowitz’s version of reality than to the jihadi narrative. He observed the phantasmagoria of human types waiting side by side at a bus stop in Jerusalem, conversed with Israeli Arabs, Druses and Jewish Israelis – took in the images, the vignettes – and they failed to fit the assumptions he’d brought to Israel. Could a purpose for which he’d been prepared to die and to kill, be wrong? Misguided? Misinformed? How many of us would even entertain such a question?

He decided to visit the Western Wall. Part of the anti-Israel “narrative” is that the Jewish state was allowed to come into being as the world’s gesture of compensation for the Holocaust. (Btw, the world “allowed” no such thing; every inch of ground was fought for, with weapons smuggled through an international arms embargo.) But of course the Western Wall can’t be fit into this narrative since it is not a modern “gesture.” It’s the Herodian retaining wall of the Second Temple, all that the Romans left standing when they destroyed the rest of the building that Josephus describes as a wonder of the world. It sits on the foundation of the First Temple, the one that King Solomon built.

The Western Wall is pregnant with memory and filled with Presence. A skeptical American philosopher once confided to Jerry that, when he touched the Wall, what he felt, suddenly and unexpectedly, was

I would never give the philosopher’s name. He doesn’t advertise that experience.

Kasim walked up to The Wall, having no idea what one was supposed to do there. Looking left and right, he decided to imitate the others. So he leaned his forehead against the stone. And then it came to him. Why Israel exists. For self-defense! When evidence of the mass murder of Jews came to the attention of international bodies, these horrors were deplored. As genocide in Rwanda or Bosnia has since been deplored. But the expression “Never Again” has no effective instruments at its disposal. It’s a phrase. Of course it has happened since — again and again. But not to Jews. Not any more. Today they have a place to go, where they are actually wanted.

And then one thing more came to him. The connection was not exactly a logical one but it felt just as inexorable. This country — with its achievements out of all proportion to its population, its contributions on the score of health, technology, pure science, agriculture, desalization, its outreach even to enemy nations in times of disaster or sickness or injury, this place so uniquely singled out for condemnation – is at the foundation of the story of humanity. All the pieces of it – Christianity, Islam – are nonexistent without the Jewish foundation. The moralization of life – absent from the high civilizations of Greece and Rome – begins here.

4 Responses to The Ex-Terrorist Comes to Town