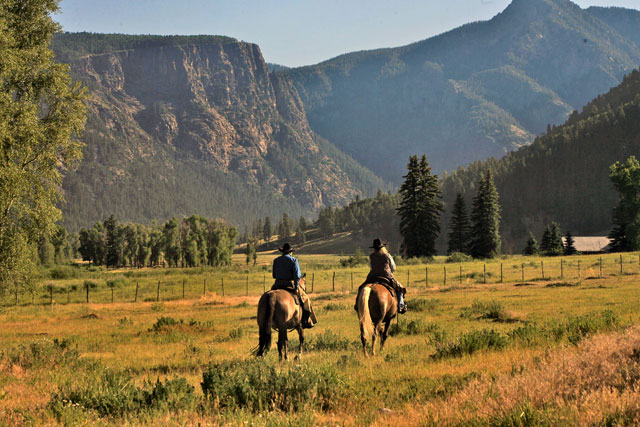 Fran, my therapeutic riding teacher, told me today that – – slow and steady – – I am putting together the different pieces of a rider’s ride. By degrees, I am getting “stabilized” in holding the position while the horse trots along, acquiring strength at “the core” (a body part of whose existence I was previously unaware), learning “sensitivity” with the reins, coming to “anticipate” the horse’s next moves and correct for them without having to be told.

“I only feel at ease for about five seconds at a time,” I said to her.

“Those seconds will lengthen to minutes, the minutes into the full three quarter hour lesson, the lesson into a week, a month and you into a rider,” Fran said.

Hard to credit, since I hadn’t ridden for about twenty years and am now known at the stable as the woman who rides with one stirrup, since I can’t put weight on the other one. But if I look backward to opening day about three months ago when, dismounting, I almost blacked out, I guess I should credit Fran’s opinion.

If we are put here on earth to learn, what else in my life exhibits that process of putting the pieces together? Did I ever put together the pieces of the man/woman game?

My childhood discovered no difficulty that I can recall. Some of the better games (the Lone Ranger, Mowgli) were boys’ games but, no problem. I didn’t give the male heroes a makeover. I just pretended I was a boy. They didn’t sexualize childhood in those days, so it didn’t involve identity questions. If I could pretend to be a deer, pretending to be a boy wasn’t any harder.

Adolescence? Horrors! All of a sudden, totally unprecedented anxieties! What sort of a figure (if any) would one have? Would one be “popular”? (No.) The standard demands on an American teenager were somewhat mitigated by the public high school I went to, for youngsters with artistic talents, but also by the European women who were the role models in my life. The right man would “kiss the hem of your robe” (to quote a bygone beau of my mother’s, from God knows what year and country).

The right man, I was assured, would not want me to be “aggressive,” as the American girl was said to be. I didn’t know if she was or was not “aggressive,” but I sure couldn’t do what she could. Under my photo in the high school yearbook was the verdict,

“A good mind possesses a kingdom.”

Can you imagine? It was like attending one’s own funeral. (Today I think, well that’s not false. A good mind does possess a kingdom. But you know what I mean.)

What were the pieces of my sentimental education and did I ever put them together? My first love, the communist in Paris, did more or less act from within the script I’d been taught. So I knew exactly how to flirt with him. What my mother and her friends forgot to teach me, however, was elementary self-defense. If they wanted me to develop traditional feminine coquetry, they should’ve kept courtship on the family front porch, as nineteenth-century people did.

Omitting the years that immediately followed — the time dealt with in Conversions: A Philosophic Memoir — my next love was an American colleague. He had the hamish (homey), safe qualities of a boy from Brooklyn. I wasn’t raised in Brooklyn, though later I was to teach there. He took me to a ball game, he taught me the customs of Brooklyn (the sucker punch is the one I remember) and, when looking at the edge of what he could stand, would catch his breath in Yiddish — words I knew, though I didn’t speak the language. Our Department found itself in a struggle to retain professional standards while the students were demonstrating against the war, going to jail, lying on the railroad tracks and doing whatever else they could to become authentic, demand “relevance” and cut class. In this combat, he merely considered it hopeless and was of no use at all.

The next candidate for my affections was too primitive to be capable of letting me or anybody else down. Hegel discusses the mistake involved in thinking to get to truth by dispensing with the mediations of civilized experience. Hegel was right.

By contrast, my first husband dealt with reality by articulating everything in educated concepts. It seemed to me that we’d be able to talk out any problems that might arise between us. On the level of philosophic work, our relationship remained productive most of the time. But there was nothing to buffer the collision of wills or soften the more obfuscating uses of intellect.

When we sadly parted, I decided: there must be a spiritual component to a marriage. Otherwise, it’s too damn dangerous to get that close to another person. You can’t enter that bullring with nothing to protect you but the red cape of intellect.

With Jerry, there are moral affinities and partnerships in action, philosophic companionship and challenge, a joint spiritual adventure and earthy understanding. Was God the marriage broker? Is our marriage, as the rabbis would say,”bescherte” (providential)?

Yes. But not in a vacuum. Plan A would have been to dispense with the suffering/learning process and get straight to the happy ending. But that was not going to be the romantic plotline for me. That said, I do notice, looking backward and scanning the decades, that finally, in this venture, I am doing the rider’s ride.