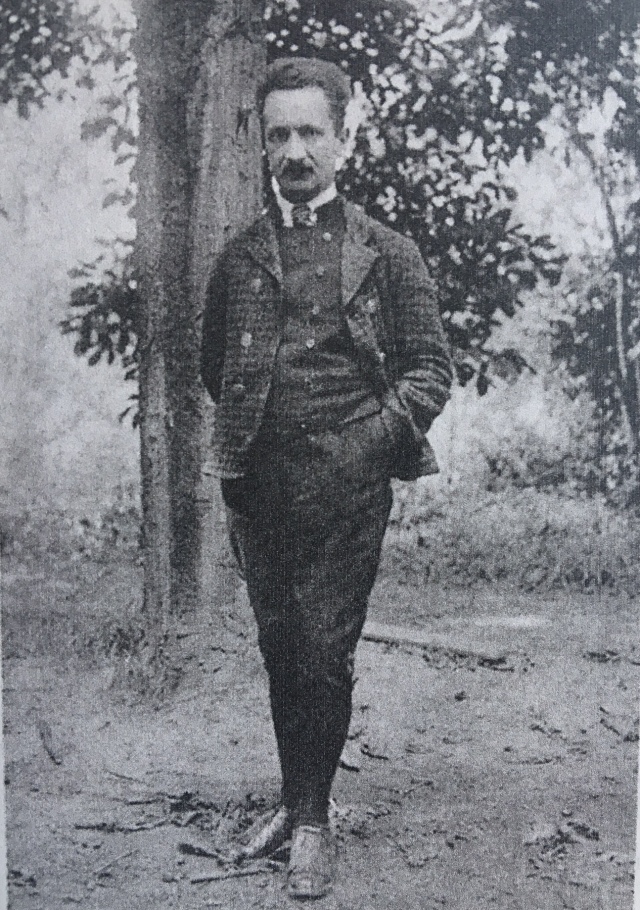 Recent projects of work have put me back in contact with a strange business in which philosophy had a strange part to play.

In the 1920’s, as you may know, a young German professor of philosophy named Martin Heidegger began lecturing at the University of Marburg. He outshone rival philosophers who seemed still stuck in outmoded worldviews. World War One had been a vast bloodbath. For Germany it ended with defeat in battle, treaties with the victors on unfavorable terms, and ruinous inflation that led to the fall of the German mark. Since the currency is the earnest of trust between citizens for the purposes of buying and selling anything, its fall signaled the collapse of trust.

Heidegger’s lectures were spellbinding. Most philosophy teachers convey their subject in terms of the past, the history of philosophy – distant or recent. Heidegger, by contrast, embodied the process of thinking philosophically in the very classroom where the students sat. He brought philosophy into being before their eyes!

Of course generally speaking, when a young windbag shares his thinking as it unfolds, what comes out is hot air. So, although you don’t have to be a genius to do that sort of thing effectively – it sure helps. Wittgenstein was a genius who did it and the students who watched him still seem to hear him … after a long pause … breathing his thought into the precise words he wanted. Heidegger was another genius who did his philosophizing while you watched, and the experience of his students marked several generations of thinkers who have passed his influence down to the present hour.

What exactly did they experience? Wherein lay the spell? Young German students hungered to rebuild their country and also to put their personal destinies on new foundations. Heidegger’s wellsprings seemed the purest of them all. Here’s a rough description.

Anything that is done or said must first be — be real — before it can act or speak. So this realness, “Being,” is the most primeval foundation of all, the Ur source — from which it all begins. Furthermore, I myself can only make my moves insofar as I am. So let’s call me being-there. Being-there (Dasein) was true of me then, is true now and will be true in future – unless of course I die first. A fatal eventuality of which I can’t help being aware. So why not philosophize on the basis of that most ultimate, untainted, most virgin source?

That was the spell. Students came from every university to be present as Heidegger took shape as being-there right in front of them. Let others get their outlook at second hand – the shakeout of average opinionating! Heidegger’s outlook came from the depths. He had authenticity, if anybody had it.

As already mentioned, the best and the brightest were in his classroom. And – forgive me for mentioning it but – among the best and the brightest would be found a fairly high percentage of Jewish students. In future, some would become well known. They worked under Heidegger’s supervision, listened to his lectures and afterward fanned out into the wider world, still affected by his influence.

It didn’t all flow one way. Heidegger owed his appointment at Marburg, the publication of his career-making major work, Being and Time, and his career-consolidating professorship at Freiburg, to Edmund Husserl, his Jewish mentor and senior colleague in philosophy. He also shared a secret love with one of his Jewish graduate students, Hannah Arendt. She later became an opinion-shaper in her own right and, in after years, Heidegger’s intellectual protector.

In 1933, Heidegger rose to the post of Chancellor (Rektor) of the University of Freiburg, joined the Nazi Party and, on the first day of term, told the Jewish students that they must get out of his classroom. He signed the decree removing all academic rights and titles from Jews in the university — including of course Edmund Husserl, who up to that point had secured Heidegger’s every place and attainment in the university system.

In the entire history of philosophy, we know of nothing like it. No betrayal on that scale of the loyalty owed by a philosopher to his teacher and his students. It’s without precedent, so far as I know.

If the consequences had not been so gruesome, this piece of intellectual theater might be seen as almost comical. How does Herr Professor Wunderkind move from erupting out of Being into his being-there-ness, right before the mesmerized eyes of his eager young philosophy students — romantically soaring up, up and awa-ay-ay – and suddenly, it’s move over Beethoven, bump and thud, we got country music? Which has been aptly defined as —

three chords and the truth.

Will tell on you.

There are philosophers, good ones, who have gone to the trouble of dissecting and analyzing what went wrong here. Which prior move on the chessboard of thought precipitated this breakout, by a philosopher-genius, into this real cheap, back alley song and dance? (Meanwhile, we should not forget that it took a lot of blood, sweat and tears even to make it possible to ask this question. Had the Nazis won World War Two, Heidegger would not have felt uncomfortable explaining what he did. They didn’t win, so he was, a little bit.)

Our question is simpler. How does one avoid similar dishonor in one’s own life? Never mind all the powerful chains of argument that you might or might not think of in time. The more humdrum remedy is readier to hand.

Look at the human face that your abstruse theoretical doctrines are outraging.

Look at the real face.