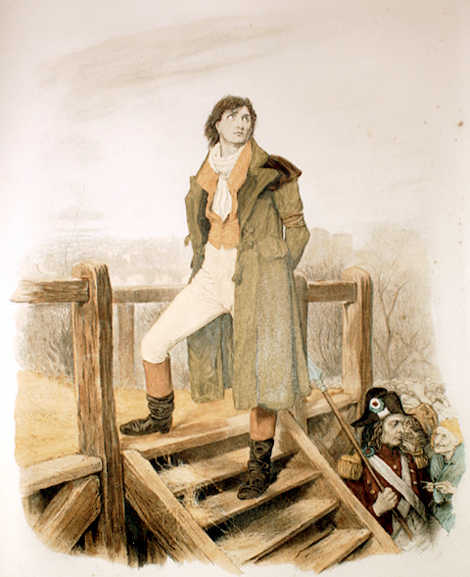 These would seem to be unrelated topics. But not in my world.

First, about this Political Correctness mania. It is starting to act like a cumulonimbus cloud, soaked in its own heavy humidity, making us land dwellers underneath feel sluggish and anxiety-ridden. PC particulates are affecting us on the molecular level.

You can’t say that,

and you can’t say that either.

Since we don’t want to feel ourselves caving under pressures we can’t fathom – we want to think of ourselves as standup characters, free and fearless – our only recourse, if we want to keep self-esteem high, is not to think all those things you can’t say. So PC morphs imperceptibly into thought control.

Well, robots might appeal to some. But you don’t want to be one. It might be kinky but it’s not sexy.

So, what’s the link between PC and sex appeal? What do they have to do with each other? Well, search me. But a story comes to mind. This is a true story. Only the names are omitted.

I belong to a temple. This kind of membership is a new thing in my life. A city-bred kid, I began to feel bits of identity peeling off when I left Manhattan and moved to Bucks County. The temple came into my life partly to solve this “identity” problem, as it is called, though partly for other reasons.

The denomination I joined has a membership that mostly knows the practices of Judaism. I don’t, but I feel generally accepted nevertheless and have had a high regard for the first rabbi and his present successor.

On the other hand, this denomination has a national action committee with which I have so many disagreements on particular issues that I sometimes sum it up by saying:

In the early days of my temple membership, the official at the helm of the denomination’s national action committee endorsed a certain policy that I thought ill-advised. So I wrote him, a letter taking issue with the policy he had promoted in my name. Since then, the official has gone up the ladder of status and influence to a high position: something like the controller of religious traffic in our galaxy. Back then, however, he had time for me and sent a personal reply.

His reply managed to label me a “racist.” I forget whether the “r” word was literally applied or only implied. But Jerry, my husband, who is often politically more savvy than me, advised me to back off and drop the correspondence.

“Once they call you that, there’s no point in trying to get the

discussion back on a rational track. It’s gone.”

I thought about that. And I did not like it. Who is this official, to shut me down? Does he care about the issues in dispute more than I do? Does he know about them – more than I do? I very much doubted it. Did he use a winning argument? Not bloody likely.

What did he use, really? What’s he telling me? He’s telling me that

I’m a Jewish girl he wouldn’t go out with!

Well, he’s a Jewish boy I wouldn’t go out with!

Really and sincerely, I wouldn’t, supposing we were in a dating situation. Keeping that epiphany firmly in view, I returned to the epistolary fray. I don’t recall in any detail what my letter did, but I know what it didn’t do. It didn’t cringe and it didn’t beg pardon.

His reply was far more gentlemanly — even faintly deferential! Maybe he decided he could ask me for a date after all. Good lad!

What had happened? For clues, let’s look back a few centuries at the history of PC in the civilization of Europe. At the start of the French Revolution, the more radical deputies took seats on the left side of the amphitheater where the National Assembly was convened. As devotees of Jean-Jacques Rousseau, they held themselves duty-bound to reflect the unified will of the people (the “general will”). What followed logically was that any expression of an individual’s will could get denounced as a deviation from the collective will. Dissenters, labeled “enemies of the people,” were accordingly carted off to the public place where the guillotine could relieve them of their dissenting heads.

“Political Correctness “ is just the latest in the long line of such exercises. As Dickens portrays the last thoughts of Sydney Carton, one sacrificial victim of the guillotine:

who have risen on the destruction of the old,

perishing by this retributive instrument

before it shall cease out of its present use.

Our current version doesn’t decapitate but it might as well, since the head with the dissenting voice is shut down, as far as the shared, public conversation goes.

That being the historical background of PC and its still-applicable modus operandi, what did I do to drain its power, in my dispute with the high-level representative of my religion?

I wasn’t trying to be explicitly “feminine.” But my very pushback had a womanly motivation.

I don’t have to please you.

You have to please me –

at least as much.