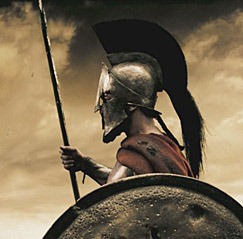 Rest, as I’ve said before in these columns, is hard for me. I don’t know when it got to be so hard. It seems one of the downsides of growing up but, since I’m not in favor of growing up and have tried (wherever possible) not to do it, a more careful retracing of the footsteps might give some clues.

When and why did I lose “rest”?

There was a time in my life when I suffered the experience of pillaged identity – not rape but the mental equivalent of rape. All the time since has seemed to me borrowed – not a given, but an add-on. From that point, I was inclined to think:

I better get it done in a hurry

while I can still outrun the Furies

who may be coming back for me.

It was not that I just worked and took no rest. But the periods of rest were spent reviewing what had just transpired (in the week, the winter, or any break in the linked sequence of tasks), so that lessons could be lifted out and made portable. It was a pause in the service of the task. If I found a tree to lie under, scanning its summer leaves, or an antique statue to perceive, entering its bygone world, it was done to recover myself in the convex mirror of these things and be released to travel forward on the time line.

All my life tasks, professional, intellectual, romantic, had to do with recovering a lost –a stolen – power to pilot my own ship: the desire to live and the means of doing so, the reasons to love and the capability. The loss of purposive desire is the most serious kind of loss. One is well-advised to seek to get it back if it seems to have escaped one or been stolen.

Of course there was concrete work to do. I needed to write and to publish if I were to hold fast to my vocation and way of making a living. And the output had to address some basic questions if I were to redeem the time lost. I needed to extract the wisdom found in the very deeps of unsuccess.

It was all right and proper.

None of it was avoidable.

But none of it was restful.

By now, things have gotten to be more sane. One big difference: I no longer feel my life is “my own.” It seems to me more like God’s property and I’m not so vitally required to string the beads together. God will string ‘em.

It’s a kind of long-sought plateau. But where, on that plateau, is rest? Oh, I suspect the original motivation wasn’t quite well-aligned. If I look back to the terrible outset – it must have cost me my trust in God. Was getting into that kind of trouble just the climactic drumbeat in a drum-roll of blunders? Not exactly. Getting into it had been the best I could do then – and maybe therefore the “best” God could do – for and with me in that condition.

Almost everything that gives my life a directional arrow came out of that dark womb of future time, in which my feminine self-image was placed in the deepest jeopardy.

It’s what any of us has to fight for, or retain or win back, in our lives. A melding of desire, first-hand purpose and the ability to be persuasive.

“Rest” may be merely the capacity

to accept the history

and smile on it.