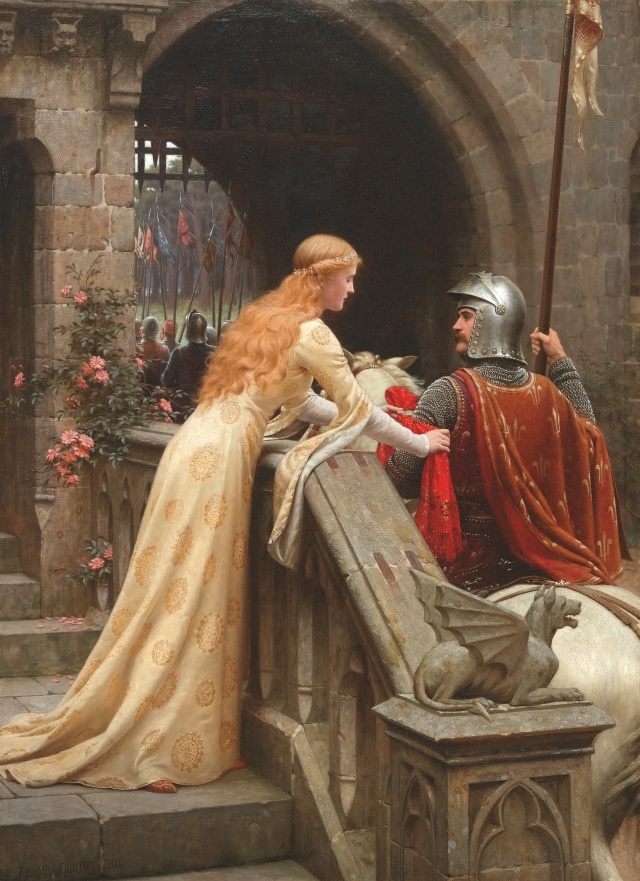 As a little girl, one of my vivid memories of being caught in the wrong belongs to the gift a camp counselor once gave me. This gift-giving happened the last day of the season of the Day Camp that sometimes held sway over part of the summer at Hilltop.

The counselor was a grownup woman, not a girl. As I recall, she gave me two pieces of absolutely delicious candy. One was for me. The second piece was for another child, whom she sent me to find.

“Now you promise you’ll give it to her? You won’t eat it yourself?”

Without a second thought, I went on my way, looking for the other child and stuffing the second piece of candy in my mouth as I proceeded. Only after it was well on its way down the alimentary canal did I think of the counselor’s admonition.

Still feeling somewhat guiltless, because I hadn’t done this bad thing deliberately, I ambled back to the social hall. There stood the counselor, waiting for me in red letters: every letter spelled

“Did you eat the second piece of candy?

How did she know me, better than I knew myself? And why did she give me the candy, if she knew me that well? I felt the victim of her desire to lord it over me, masquerading in the dignity of a higher virtue.

When I think about it, which I do occasionally, I still feel that way. Though I suppose I took her lesson. When you give a promise, you better think what you’re saying.

Many years later, when the man who would become my first husband was courting me, we went together to New York’s Metropolitan Museum. Seated in the medieval hall, on a polished wooden bench facing one wall, he asked me to look up at the great, hanging tapestry in front of us. It showed all the stages of life, from birth to marriage, to the occupations of mature age, to death. My then gallant suitor was calling each woven image to my attention, by way of illustrating his proposal: that we make the journey together, in chivalric true-heartedness, through each phase of life’s tapestry.

Some years after that, we were married and living far from my native New York habitat, Down Under in Australia where he worked. It had begun to seem to me that parts of the tapestry were being shredded. Somehow, in words that escape me now, I must have recalled to his attention the promise he had made in courtship, in the medieval hall.

The look he gave me, just like the one I covertly gave the camp counselor, said:

You knew I wouldn’t keep the promise,

so why did you make me promise?

As if my reminding him of the promise and holding him to it wasn’t sporting! In fact, I think the child I was and the man he was had much in common.

Still, I don’t think it was my fault that I had supposed him a grownup, someone who could be counted on to keep his most solemn promises. Or else, failing that, to accept the fact that he needed to repair what he had broken.

Abigail Rosenthal is Professor Emerita of Philosophy, Brooklyn College of CUNY. She is the author of A Good Look at Evil, a Pulitzer Prize nominee, now available in an expanded, revised second edition and as an audiobook. Its thesis is that good people try to live out their stories while evil people aim to mess up good people’s stories. Her next book, Confessions of a Young Philosopher, forthcoming and illustrated, provides multiple illustrations from her own life. She writes a weekly column for her blog, “Dear Abbie: The Non-Advice Column” (www.dearabbie-nonadvice.com) where she explains why women's lives are highly interesting. She’s the editor of the posthumously published Consolations of Philosophy: Hobbes’s Secret; Spinoza’s Way by her father, Henry M. Rosenthal. Some of her articles can be accessed at https://brooklyn-cuny.academia.edu/AbigailMartin . She is married to Jerry L. Martin, also a philosopher. They live in Bucks County, Pennsylvania.
View all posts by Abigail →
This entry was posted in Alienation, Art, Chivalry, Courtship, Desire, Erotic Life, Faith, Guilt and Innocence, Male Power, Memoir, Psychology, relationships, Social Conventions, The Problematic of Woman and tagged admonition, Australia, broken promises, childhood, chivalric vow, disobedience, Down Under, embarrasment, engagement, gallantry, gifts, guilt, humiliation, hypocrisy, medieval tapestry, Metropolitan Museum, New York, one-upmanship, power games, promises, reproach, Romance, stages of life, summer camp, the gift. Bookmark the permalink.