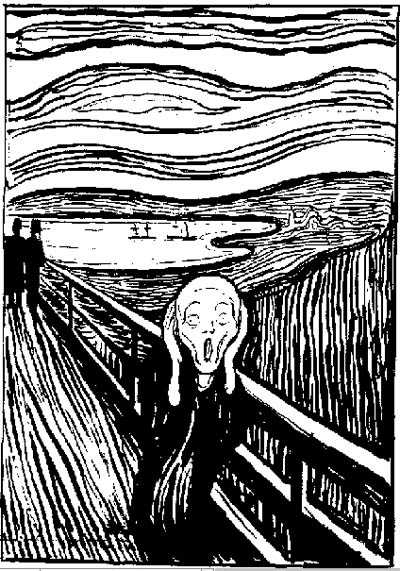 Years ago, Esquire magazine ran an article on the state of cancer research and treatment.  It included this line: “When you’re playing against the Big Casino, the odds are with the House.”

I don’t know whether I thought particularly of that article when the diagnosis was rendered, but I did say to my friend and colleague Mary Wiseman as we stepped outside the doctor’s office, “I can’t do this.”

I was quite frankly terrified.  First, cancer could kill me.  Second, cancer would definitely put me into the power of doctors.  I’m not sure which prospect was more alarming, but I didn’t trust Death and I didn’t trust Doctors.  Not when they can put you under, cut the wrong thing, and have at you with all their savage reductionism.   Something causes cancer.  I didn’t know what the cause was, or the cure, but I didn’t think it would be what they’d say it was.

There was another feature that terrified me even more than death and doctors.  In the year leading up to that medical diagnosis, I’d found myself the target of accusations that were false, defamatory and – because the source should have been trustworthy – believed by people who had been important social supports in my life.  As that isolating drama ripened, I was well aware that there could be a medical price to pay.  And now, cancer?  Just what I feared?  The predictability terrified me.  My work was not done, my life aims not achieved.

When I woke the next morning, there was no hiding place.  I sat for meditation, sobbing and pointing out to God how badly He’d bungled my life.  Finally, too tired to go on, I subsided.  In the silence, I felt the presence of our late family friend Léo Bronstein, of whom I’ve written here in several previous posts.  “Guggy,” Léo said to me, using the name he’d bestowed when I was little, “stop making speeches and listen to orders!”

I quieted down then, to await the deliverances of meditation.  What I was shown next was a kind of life review, slide by slide.  There were my intentional acts, now visible, despite the foam of surface anxiety that usually hid them from view.  I saw acts of love, one after another, and they were what, predominantly, I intended.  It had been a beautiful life.  When I got up, I was not reconciled, but calmer.

At a nearby French café, my philosopher friends, Michael and Edith Wyschogrod had scheduled a tea.  “It’s cancer,” I answered their questioning looks, as I took the third seat at the round café table.  Immediately, Michael and Edith said to regard it as a campaign, like others I had fought, and they outlined initial battle plans.  After a time, I turned to Michael, who was a theologian I respected, as well as a philosopher.

“Michael, I know worse things have happened to better people, but would you mind telling me, WHY?”

“Our people are working on it,” he smiled, “and we should have something ready for publication soon.”

“What do the rabbis say?”

“When unmerited suffering comes, they first ask, ‘Have you studied Torah faithfully’?”

“Well, let’s allow philosophy to stand in for that.”

“Next they ask, ‘Have you committed any sins?’”

“No big ones lately.”

“And finally, if the first two questions have been answered satisfactorily, they offer a third explanation: the suffering of love.  It’s God’s way to get closer to you.”

“I don’t wanna get any closer.  I’m close enough.”

“When God wants to cuddle,” said Michael, “He doesn’t ask what’s on your agenda.”

Abigail Rosenthal is Professor Emerita of Philosophy, Brooklyn College of CUNY. She is the author of A Good Look at Evil, a Pulitzer Prize nominee, now available in an expanded, revised second edition and as an audiobook. Its thesis is that good people try to live out their stories while evil people aim to mess up good people’s stories. Her next book, Confessions of a Young Philosopher, forthcoming and illustrated, provides multiple illustrations from her own life. She writes a weekly column for her blog, “Dear Abbie: The Non-Advice Column” (www.dearabbie-nonadvice.com) where she explains why women's lives are highly interesting. She’s the editor of the posthumously published Consolations of Philosophy: Hobbes’s Secret; Spinoza’s Way by her father, Henry M. Rosenthal. Some of her articles can be accessed at https://brooklyn-cuny.academia.edu/AbigailMartin . She is married to Jerry L. Martin, also a philosopher. They live in Bucks County, Pennsylvania.
View all posts by Abigail →
This entry was posted in life and death struggle, Philosophy, Psychology, relationships, The Examined Life and tagged anxiety, cancer, chemotherapy, cure, death, doctors, fear, illness, Leo Bronstein, life and death, life review, love, meditation, Michael and Edith Wyschogrod, problem of evil, psycho-somatic illness, radiation treatment, reductionism, suffering, theology. Bookmark the permalink.